These Dangerous Things You Should Let Your Kids Do! 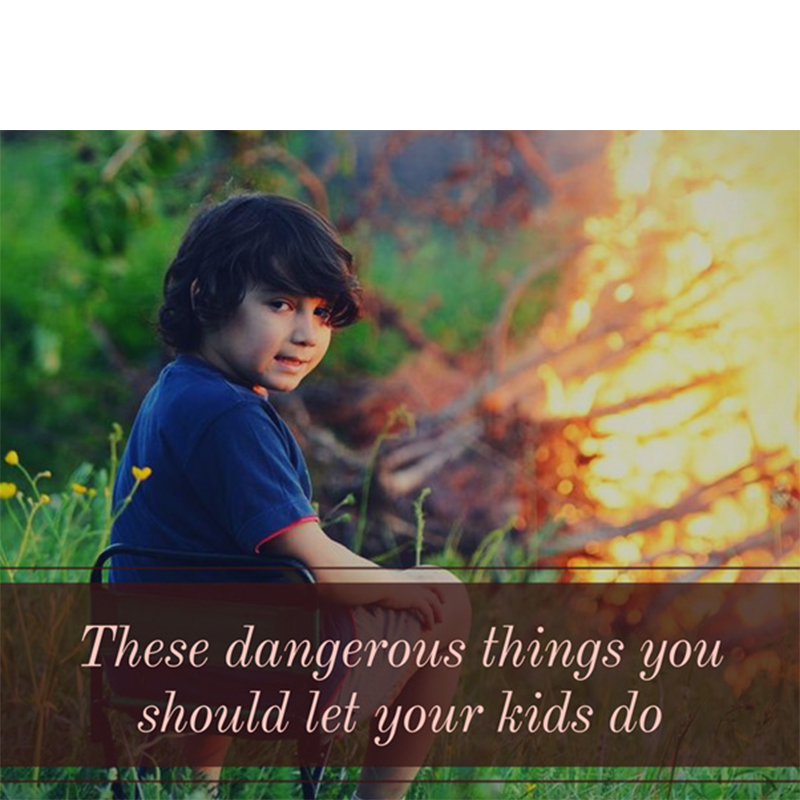 This is an excerpt and interpreted writing from a very famous TED TALK by Gever Tully OF Tinkering Schools.

While the video contents ahead of its time and viewers and readers should apply their judgment before following any of these tips, its indeed a very unique and exciting video to watch

Suddenly the urban parents seem to be obsessive about the safety of their kids. The regulations are becoming stringent and schools talk about Female only zones and adults free zone to illustrate kids safety. Our coffee cups have warnings about being too hot for kids, plastic wrappers have warnings of kids suffocation possibilities and play areas have special floorings where kids do not get bruised.

What we are doing is limiting the periphery of experience for our children. Children get used to too much safety and safe environment, so much so that it begins restricting their creative thinking and ability to experiment and try things out.

So while safety is paramount, what can we do to let our children interact with the world and let them be confident and in control of the environment around them. Here are the 5 dangerous things children should be allowed to do:

• Play with Fire: Learning to control one of the most destructive forces in nature. Kids learn about the exhaust, combustion and also about being safer. It instills in them a sense of responsibility and being able to control something which can create havoc if uncontrolled. Thus they cannot learn from, say a doll or a toy gun.

• Pocket Knife: It could be a screwdriver or a spatula. Let them learn to use it. They will try and cut food items, try and open up a radio or a clock, maybe hurt themselves, but they become responsible and self-dependent. Don’t worry about children hurting themselves, they are young and can heal fast. Children do not misuse the knife because they have a knife but because of lack of cultural education or values. So a knife in the form of a screwdriver or something else helps them work up the creative part of the brain.

There is an academic inflation that is engulfing us. We are employing MAs where earlier a BA was required. This is in a way diminishing the value of an educational degree.

So let’s learn, study and develop something which is more valuable than degrees, like 21st-century skills, responsibilities, authorities and be future ready!