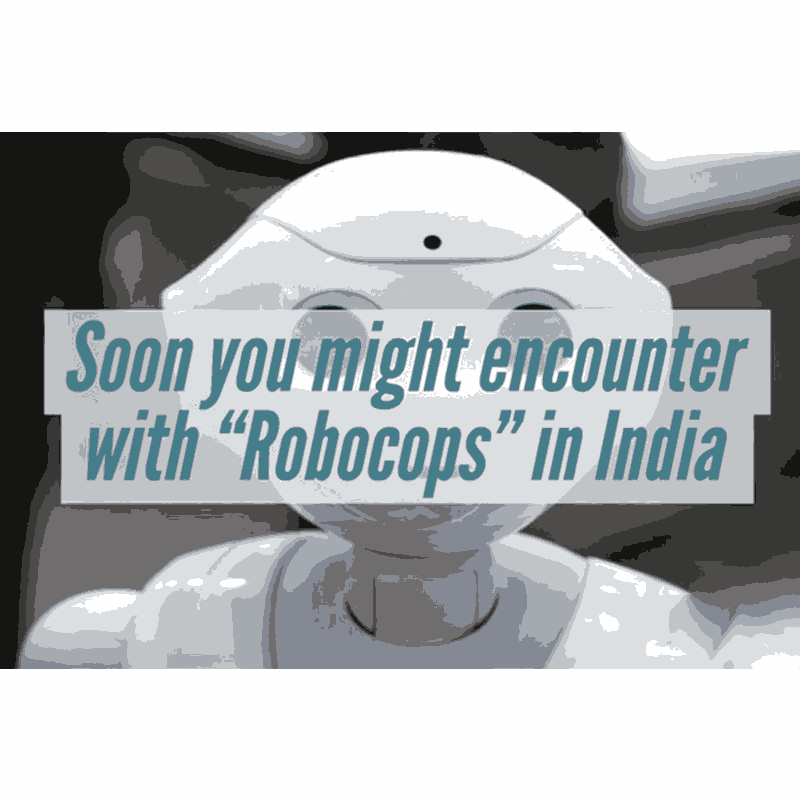 The first set of Robocops is expected to be out on the roads by December 31, 2017.

Yes, It’s true! A Hyderabad-based startup, H-Bots Robotics Pvt Ltd is in the process of making a “police robot” that may be deployed at Jubilee Hills check post once it is completed.

Kisshhan, founder of H-Bots Robotics, in a statement, said the design of the robot which will walk, recognise people, take complaints and diffuse bombs, was unveiled by Jayesh Ranjan, Telangana IT Secretary, in a programme.

“It will be the world’s second humanoid robot after Dubai. The one in Dubai was made in France and deployed. But, in this case, it (ours) will be totally an Indian made humanoid robot. The prototype will be ready by September this year. We will test it for two months to deploy on December 31st at Jubilee Hills check post. We will have to finalise those details with police and the government,” Kisshhan said.

Providing details, he said, unlike the police robot in Dubai, which moves only on wheels, their robot can walk, recognise people, take complaints and diffuse bombs as well.

“We are building capacity to produce 10 such private police robots, which can be private security guards and can be deployed in hotels, hospitals, and offices, he informed,” he said adding that they will be able to produce 10 such robots in a year and the plan is to make them available at a price of Rs 3 lakh each,” he said.

Meanwhile, Jayesh Ranjan said the state government will soon come out with IoT (Internet of things) Policy and robotics would be part of it.

“While we have already come out with policies on eight allied sectors, which include startups, animation industry, cyber security etc and others, we will announce IoT Policy of Telangana State in next three to four months. The policy draft is in final stages,” the official said.

T-Works, on the lines of T-Hub, a prototyping centre for electronics, semiconductors and hardware start-ups will come up in Gachibowli, with an initial investment of Rs 50 crore in the next three-four months.