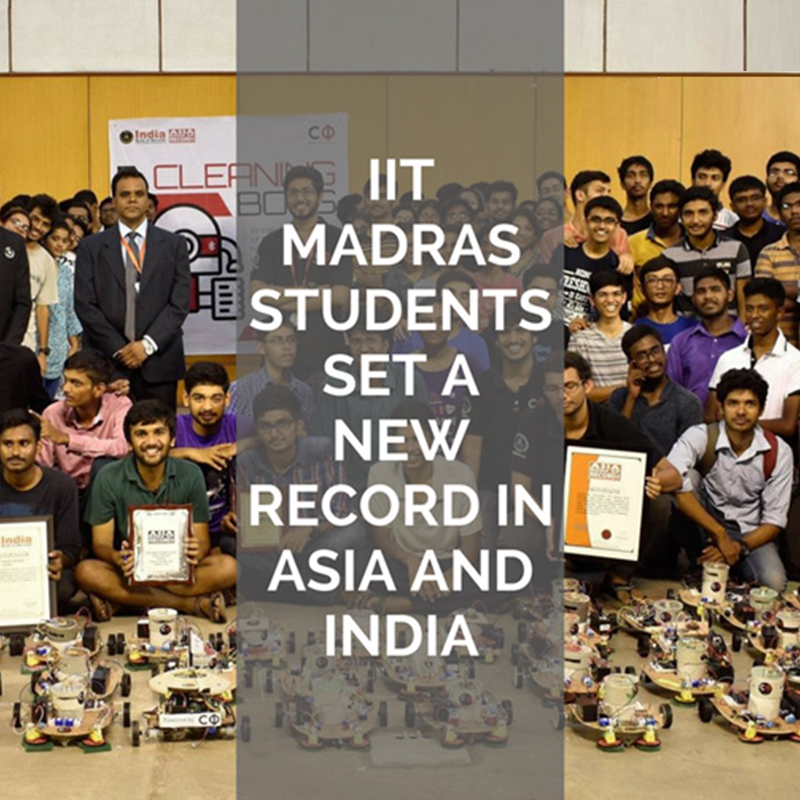 IIT-Madras students have set the Asia and India records for operating the largest number of robots to clean an area.

The students fabricated 45 robots to clean simultaneously for over 15 minutes.

A total of 270 students from various disciplines participated in the CFI Workshop at IIT-Madras on 29th October where the robots cleaned an area of 750 square feet.

Each robot had a high RPM motor at its center, with two rotating scrub pads that directed the dust into the central suction mechanism, which was collected by a filter in the vacuum tunnel.

These robots, with high revolutions per minute (RPM) motors at their core, consisted of a couple of scrubbing pads directing the dust towards the central suction mechanism. A filter then collected the dust in a vacuum tunnel. The robots were controlled by Bluetooth through a mobile-based application the students had developed. A proximity ultrasound fixed to the robots ensured there were no collisions, and the robots simultaneously went about their task for five minutes.

With an objective to contribute to the Swachh Bharat Abhiyan, this innovation is further fuelling hopes that automated robots could take over manual scavenging and cleaning of sewer waste, eliminating human effort and burden.

A provisional certificate was awarded after the successful completion of the exercise.