Gamers to play reality game on the Moon with jumping nanobots 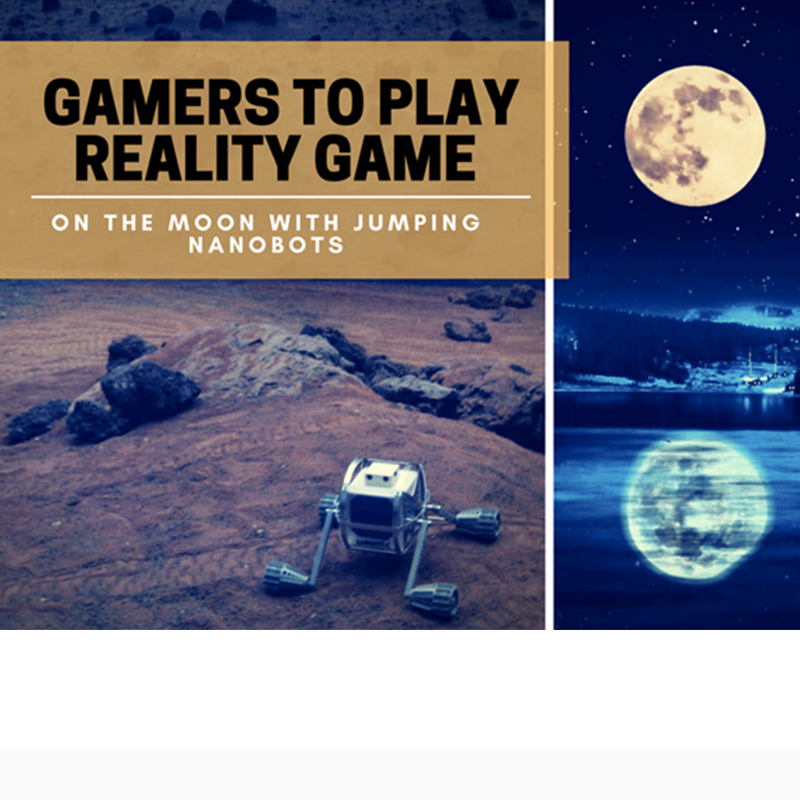 Humans have visited almost all of the places on Earth a thousand times over at this point, and it can feel like there’s just nowhere to go that’s completely new, fresh, and unexplored. But soon, would-be explorers will be able to use a robot to explore the next frontier—the Moon.

A team of space engineers is working on a way for people to explore the Moon without going through all those pesky astronaut requirements. If their plan succeeds, you’ll soon be able to control high-tech lunar nanobots from that old desktop computer in your bedroom.

The project, called Lunatix, is currently in the planning stages. If all goes according to plan, they’ll have a working model on the Moon in the next four years.

Gamers will be able to drive a nanobot—a three-pound, four-wheeled rover—across the surface of the Moon through a video game on their home computer.

Players would also be mapping out parts of the Moon that have never been explored by humans.

“We ran interviews with scientists, gamers, and random users we met and the feedback we got was overwhelming,” said Jorge Fiebrich, one of the founders of project Lunatix. “People would love to actually control real hardware which is out there in space. It was just so overwhelmingly welcomed.”

Users would be able to control the nanobot through a program on their computer and see through the camera connected to it. To deal with the signal delay between Earth and the Moon—Fiebrich said it would be about three seconds—the team is adding augmented reality animations to show the user that their actions are being processed.

So why go outside when you can visit the Moon from your bedroom?