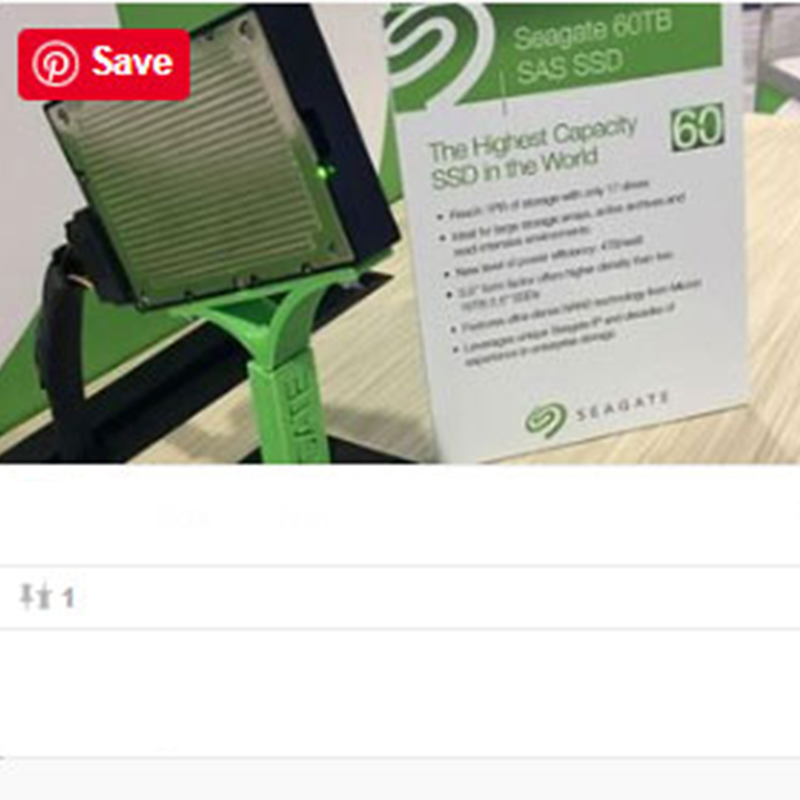 Seagate has taken the wraps off its whopping 60TB solid-state drive for the enterprise. This is now the world’s largest when it comes to Solid State Drive (SSD). Pricing isn’t available, but the company says the drive will provide “the lowest cost per gigabyte for flash” memory today.

This new Seagate’s monster 60TB solid-state drive (SSD) breezes past Samsung’s 15TB SSD that was launched in March at the same place in California. The new drive is set to join the high-performance end of Seagate’s datacenter range.

Seagate thinks the 3.5-inch form factor will be useful for managing changing storage requirements in datacenters since it removes the need to support separate form factors for hot and cold data. The company says it could also scale up capacity to 100TB in the same form factor.

Seagate says the 60TB SSD is currently only a “demonstration technology” though it could release the product commercially as early as next year. While it remains to be seen when Seagate will put the 60TB SSD into production, it may have already found one partner in Hewlett Packard Enterprise.

It hasn’t revealed the price of the unit but says it will offer “the lowest cost per gigabyte for flash available today”. Pricing may be from £30,000 or $40,000 which is about £0.50 per GB. This is still fairly reasonable.